First of all, it doesn’t surprise me at all that people are attracted to multiple cam girls having live shows together. I mean, it makes so much sense that with more girls, there’s just more energy, more excitement, and much more potential for naughty things to go down. When you add some alcohol into the mix, all of that gets multiplied by like 1,000 times. Now, drinking alcohol on chaturbate is not allowed, so doing it is a bit risky. But, honestly, a lot of webcam models there have done it.

Secondly, decide ahead of time what particular apps and bots you will be using during your show. One of the major problems girls run into with these shows is arguing over what apps should be turned on first, or whether to use Token Keno, any other such stuff. Just get on the same page with your collab cam girls as to what will be used when.

Finally, don’t get an attitude about having to share the camming session’s tokens with the other models, even though you think you did most of the work. Look, it might be true, but if you agree to do one of these orgy shows, you agree to split the take no matter how much work each girl put in. Yes, I know of shows where a cam model passed out from shots an hour into the show and ended up getting an equal share of the proceeds anyway. That’s just the way it is. Remember that, next time, it might be you who spends most of the night in the bathroom blowing chunks instead of working the room.

So yeah, camming with other cam girls is a great idea because it can really get some serious attention for you and the other models. Odds are your room count will be big, the tokens will come much easier, and you’ll make a great load of money. Do them every so often to keep the flame burning, it’s very worth it!

If you’re the kind of cam girl who thinks private shows are beneath her, you need to think again. I know tons of webcam models who have sworn off doing privates because they think it takes them away from their public chat, where they can supposedly make so much more money. Well, let me tell you, the models who think that definitely haven’t tried doing privates the advanced way.

If you know what you’re doing, you can definitely make a private show last a VERY long time, which not only brings in good money, but can also cement a relationship with a member that can produce lots and lots of tipping and gift buying in the future. Private shows are super intimate because it’s only you and the member paying for the show. Everything that goes on in that show is just between the two of you, and that’s an amazingly powerful situation that can create a deep and lasting bond.

I’m not saying that you should be trying to get a member to fall in love with you during privates, but it’s a fact that members who take cam girls private a lot generally develop a strong closeness and fondness for the model that can really translate to serious tipping and other great things. Private shows are simply indispensable if you want to create these kinds of ultra-bonds with your regulars, and no amount of friendly chatting in public is going to be able to compete with that.

To give you an example, one of my strongest regulars is a guy who has a slightly odd and very stigmatized fetish that he never felt comfortable sharing with any of his real-life girlfriends. He tried for some time to find a non-judgmental cam girl who he clicked with and who wouldn’t act all grossed out over his kink. Well, since I love to accommodate guys with weird kinks, he hit the jackpot when he found me. We hit it off immediately and he ended up being one of my biggest income sources. He would literally tip me massively on a regular basis, and he would never fail to buy me expensive stuff off my wishlist for every occasion on the calendar.

If I had relied on my public chat interactions with him to build this kind of bond, it would have taken me three decades before he would have formed a tenth the connection we have achieved by doing regular private shows together. Sometimes cam girls are stubborn when the subject of private shows comes up, but I really believe I’m on solid ground with this position. And it certainly stands to reason, you have to admit.

Let me start off by admitting that, when I first started in the webcam modeling business, I was totally out of my depth. I hadn’t even watched many cam girls do their thing as a viewer before I decided to jump into the industry and begin camming myself. I literally had no clue what to do, and I didn’t even know what a tip was until like the 4th day. Yeah, I was one of those girls.

But, like, I eventually did figure things out, and I’m making a great income from camming now. It’s just that I had to learn so many things along the way, and it took me so long that I missed out on a lot of money because I was so busy trying to catch up to the other cam girls. It would have been SOOO much better and easier if I had had a good camming coach to show me the way, and to show me what NOT to do. 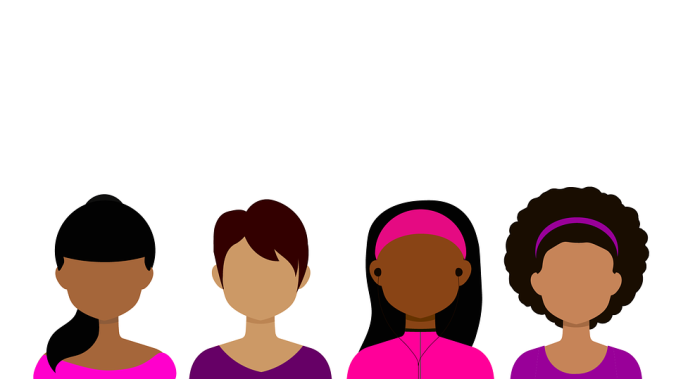 So, what I want to stress in this post is that you really should try to find a veteran cam girl or camming coach you can ask for advice. If you happen to have girlfriends who cam, that’s awesome. But even if you don’t know anyone personally, you should still reach out to models who are active and who obviously know what they’re doing. Twitter is a great way to do that, because cam girls tend to stick together there.

For example, even if you’re a new camgirl fresh off the bus, as they say, you can follow established cam models on Twitter and, most of the time, they will follow you back when they see you’re a cam girl too. This is really great because, when someone follows you on Twitter, that means you can DM them (direct message), and that can be huge. You should engage a cam model publically on her tweet threads for a while before you DM her, but you should eventually do that and try to connect. The advice she could eventually share with you could totally change your camming career for the better.

Keep in mind, too, that active cam girls aren’t the only ones who can give you great advice on how to cam better. There are plenty of former webcam girls who have camming advice blogs, and there are even webcam studio owners who post on some webcam modeling forums and give great tips for new models.

The basic thing to remember is that you should always be seeking out advice from established and experienced people in the industry. It can help A LOT at the beginning of your career, and throughout.

I really wish I had this kind of blog to read when I was first getting started in camming. I’m going to post my best tips for cam girls here so that other girls can learn the ropes!